University of Arizona Hockey was first established in 1978 by students who played games at the TCC, wearing NHL Atlanta Flames jerseys because of the similar "A" logo that team used.

The Arizona Icecats were started by Head Coach and General Manager Leo Golembiewski in 1979 as a Divsion-1 non-varsity hockey team, and originally played under the name of the Arizona IceCats. With Coach Golembiewski's help, the Icecats were a founding member of the American Collegiate Hockey Association (ACHA, est. 1991).

The Wildcats have since had two coaches: Sean Hogan and Chad Berman.

Sean Hogan lead the Wildcats from 2011-2014, reestablishing the programs successful reputation by qualifying for the National Tournament in 2011.

Since the 1980-81 season, IceCat home games were played at the 6,800 seat Tucson Convention Center Arena, affectionately known as “The Madhouse on Main Street," where the IceCats were consistently one of the University's top draws. During their tenure, they also ranked near the top in attendance for all of College Hockey, both ACHA and NCAA. The Tucson Convention Center is a staple of University of Arizona Hockey.

IceCats games were also broadcast on ESPN radio and the worldwide web on FastHockey.com. Currently you can find games on the teams YouTube page as well as their Facebook page.

A New Era of College Hockey in Tucson 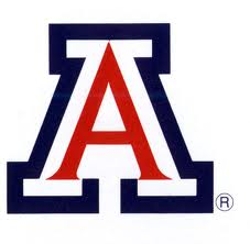 As of April 2011, University of Arizona hockey has begun a new tradition, which includes a name change to the school's official 'Wildcats' name, managerial changes throughout the whole organization, coaching staff changes, and most importantly the full support of the University of Arizona.

The new Wildcat hockey team is organized under the auspices of the Campus Recreation Department, and will continue to play their home games on Friday and Saturday nights at The Tucson Convention Center.

A special thanks to Kevin Fisher for the countless hours putting together a complete Arizona Hockey history with documentation.

Here is a link to the files.

If you have old game programs, statistics, or Arizona Hockey team photos, we want to hear from you! Please email Head Coach Chad Berman at chadberman@Arizona.edu.